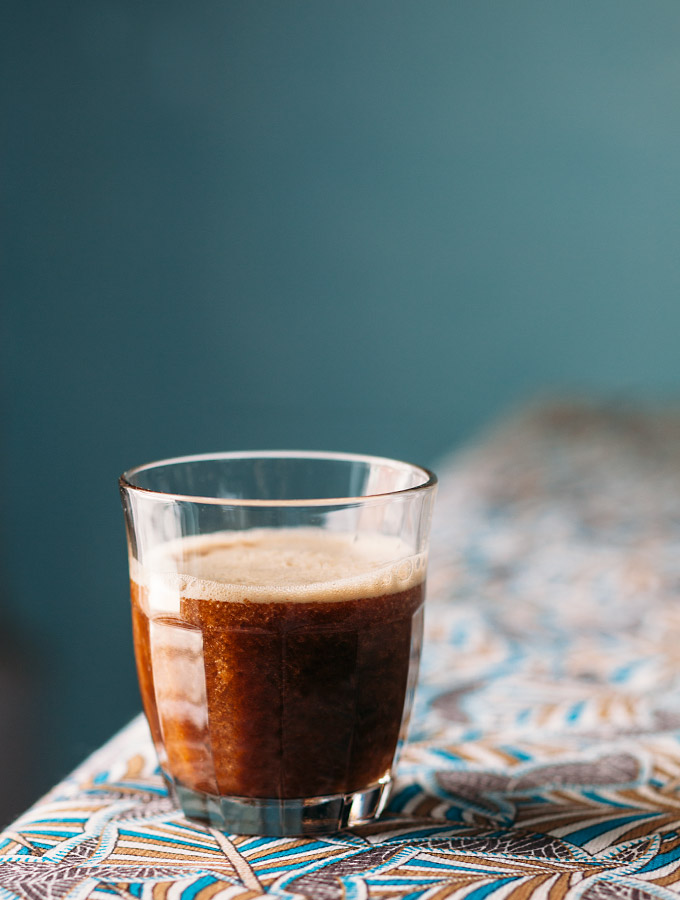 Already in my last post I wrote about how amazing tamarind is and so I’ll want to show you another tamarind recipe. Recipe feels a bit exaggerated as making the Syrian Tamarind Drink only takes 1 minute if you have the tamarind chutney from my last post ready. The recipe I show you is actually not the original version as this takes much longer. But I find my simpler version equally tasty, with a slight Indian touch and only dates as a sweetener.

I learned how to make the original version of the tamarind drink by my Syrian friend Bassam and I think he would also like my faster version. But I am not able to show it to him anymore. As he was not able to bring his family from Syria to Germany (where he had fled to from the war) he decided to return to Syria. I hope I will see him again one day!

Syria is surprisingly the only country in the middle-east where tamarind is used in cooking. In the 7th century camel caravans brought it via the silk route from India to Aleppo. From there tamarind established itself (instead of the more widely used pomegranate molasses) as an important souring ingredient in Syrian cooking. 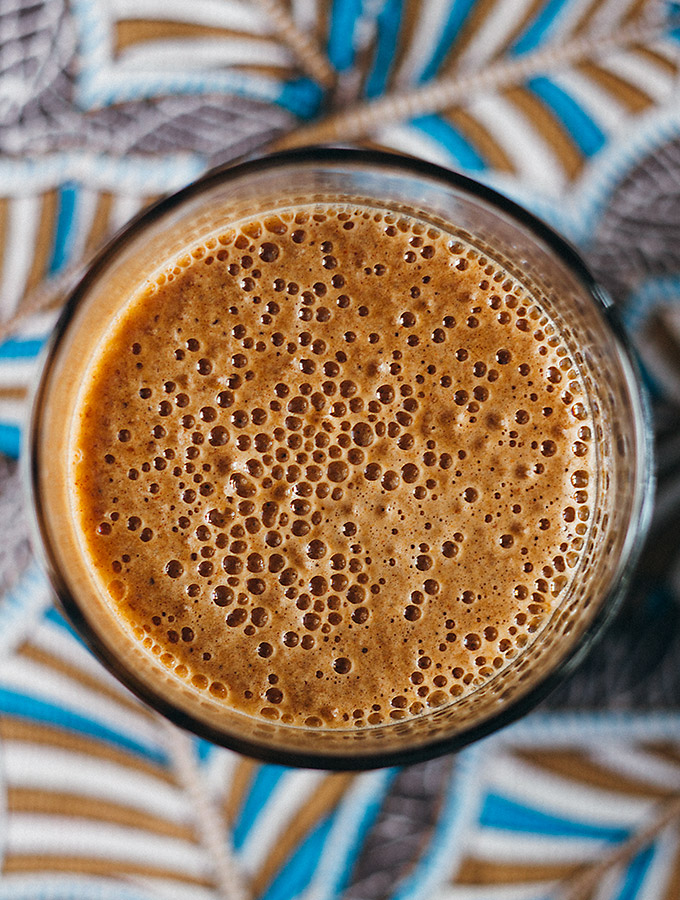 The sweet-sour tamarind drink is mainly consumed in summer and especially during the holy month of ramadan. It is refreshing, good for the stomach and a tiny splash of rose water makes it intriguingly floral as well (rose and tamarind are a spot on flavour combination). The texture is silky and slightly thick and when you mix it in a blender it gets a lovely foamy head. 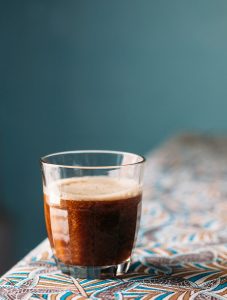 Add all ingredients into a blender and mix for 1 minute. You can also mix it by hand and it will be delicous too, but not have the same smooth texture.

Go easy on the rosewater as this can be quite strong. The drink should have a lovely floral hint but not taste perfumed.