Tomatoes are everywhere on my social media feed at the moment and people praise their heavenly, late summer aroma. I have to admit though that I rarely have eaten really good, flavourful tomatoes. The german standard tomato simply isn’t as good as it’s Italian or Spanish relatives. Also tomatoes in India are only average and not even our homegrown tomatoes are anywhere near to what I ate on holidays in Italy. 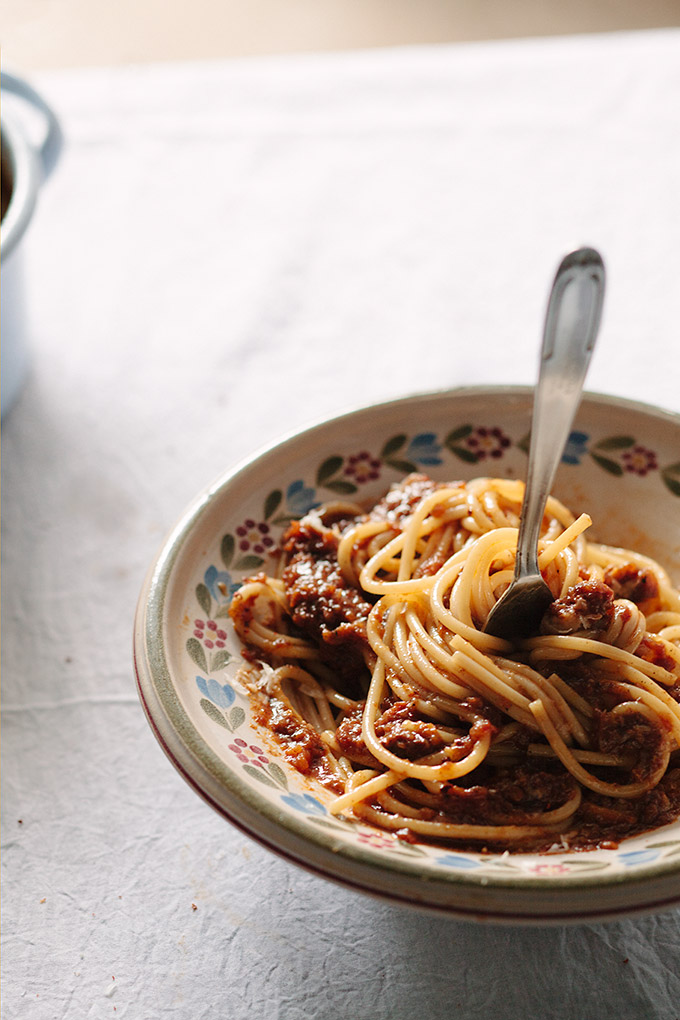 But I actually don’t mind, as even the standard tomato has a lot to offer. One of the reasons why tomatoes are such popular fruits is probably because they are natural umami providers as they contain high levels of glutamic acid. Indian cooking embraces this quality and many dishes contain tomatoes in their base gravy, where they provide acidity, volume and savouriness without the taste of tomato. 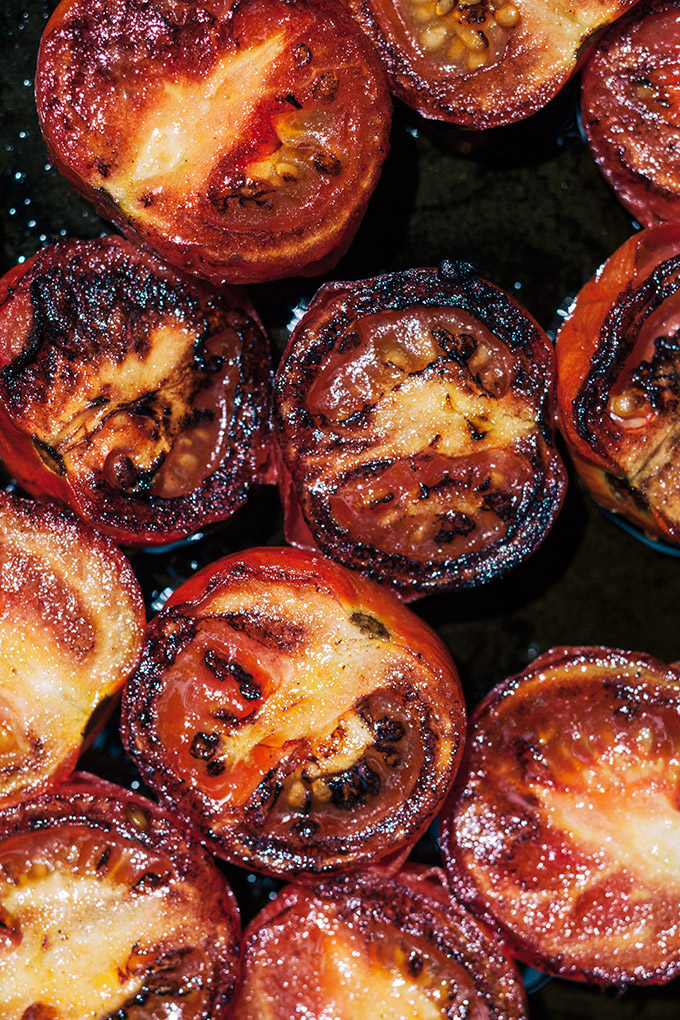 My recipe for tomato sauce takes a similar approach. With a very unique technique it magically transforms average tomatoes into an unbelievable hearty sauce which reminds me almost of eating goulash (which I think is a very desirable result).

It tastes fantastic with noodles but can also be used as a base for other dishes. The cinnamon might seem a bit out of place, but it  is a really good flavour combination which my grandmother taught me many years ago. In India cinnamon is actually only used in salty dishes..

You’ll need a big heavy bottomed pan or pot for this recipe. I use a cast iron pan with 28 cm diameter and high edges. 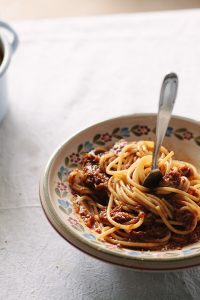 Best to do that with a cooking spoon or something similar as the oil will splutter. Only add as many tomato halves as there is space, they should not lay to tight or overlap. In my pan fit ca. 9 tomatoes/18 halves.

Wait till the tomatoes have nicely browned with a few black spots. Don’t stir or move them around as this will release water and stop them from browning. Depending on your pan and heat source it will take around 5 - 10 Minutes. Half way through add the onion pieces and brown them as well.

Deglaze the tomatoes with the cup of wine and add another 1-2 cups of water. Reduce the heat and simmer the tomatoes for around 10 minutes. Add sugar, salt and cinnamon and roughly puree the sauce in a blender or with a handheld mixer.