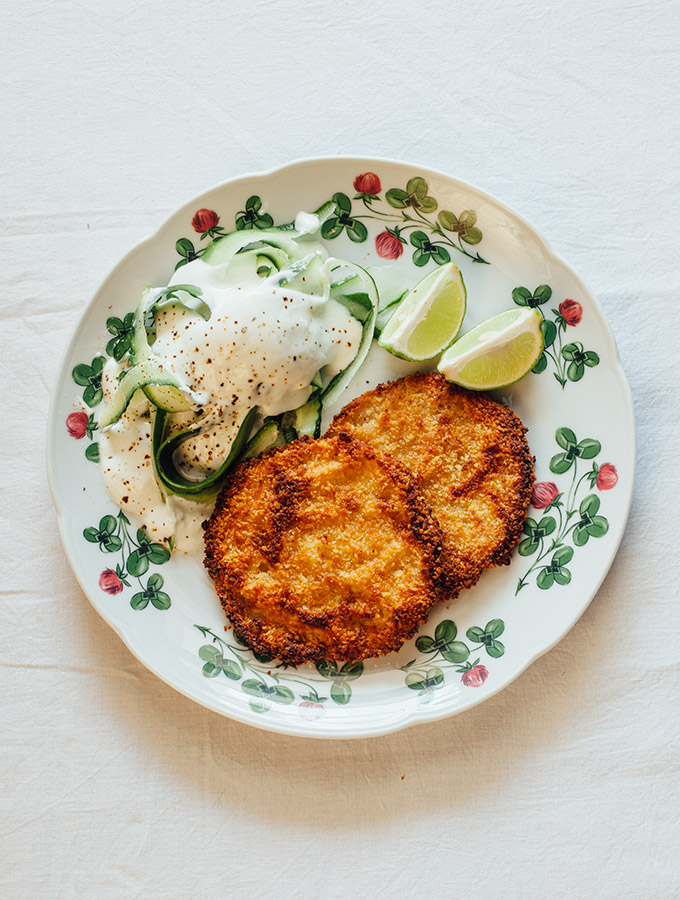 My grandmother often told the story of  her first Christmas as a wife and the celeriac schnitzel she cooked that evening for my grandfather and her father-in-law. The vegetable schnitzel were a big hit and both men ate with great pleasure. The excitement about the meal wasn’t because the two were vegetarians, but because it was in the middle of world war II and my grandmother had managed to prepare a fantastic meal with whatever little was available. They suddenly had a resourceful and creative cook in the house, which could make something out of almost nothing. As a child I dismissed the war and naively imagined their first Christmas as a cosy be together, candles all around, my grandmother with red cheeks and my grandfather playing Christmas songs on the violin. It probably wasn’t like that but the celeriac schnitzel became part of our family history and one of my favourite foods.

Celeriac schnitzel are actually not an unknown dish in traditional Austrian and Bavarian cooking and you can already find recipes for them in classic cookbooks like “Das Bayrische Kochbuch” and “Das Böhmische Kochbuch” (two absolute classics, unfortunately only available in german). 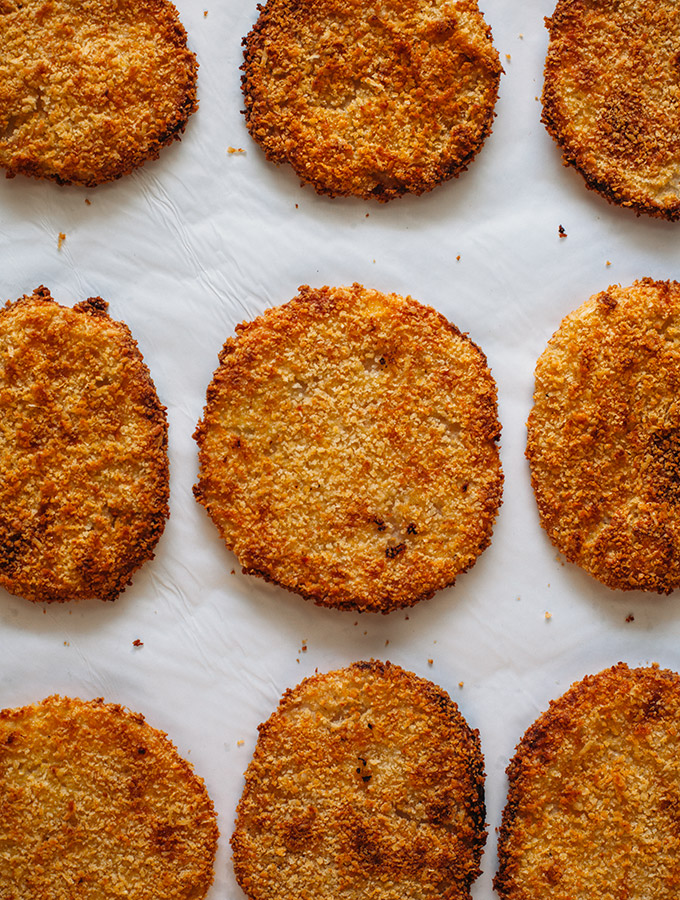 As we do not get celeriac root in India I make a version with kohlrabi, which tastes equally good and bake them in the oven instead of frying, which is a bit quicker to make. You can eat them with salad, vegetables or potatoes, but in my opinion they are best with a simple, creamy cucumber salad. 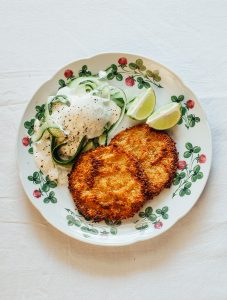 For 2 very hungry or 4 normal eaters.

For the creamy cucumbers:

Peel the kohlrabi and cut them into 0,5 cm thick rounds. Bring a medium sized pot with generously salted water to a boil and add the kohlrabi. Cook the kohlrabi medium soft (about 5 minutes). Take them out of the water and drain them in a sieve.

Mix the flour with the salt and pepper and fill it in a flat plate which fits the size of the kohlrabi slices. Mix the eggs together and fill into another plate. In a third plate you mix the parmesan, breadcrumbs and olive oil evenly.

Then bread the kohlrabi slices - first turn around the slices in the flour, shake off excess flour and move on to the eggs. Gently pull them through the eggs and finally press them into the breadcrumbs. The breading has a tendency to slip off again and you'll have to be a bit careful not to push it off with your fingers again. Repeat with a kohlrabi slices and lay them on a tray. Once all are breaded bake them in the oven for about 15 minutes till they are nicely golden brown. Take them out and serve immediately.